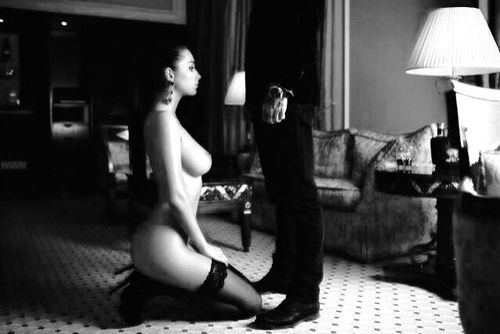 For me it’s fairly easy to break BDSM into two main categories. First, there are those that just like the kink and the role play, which I call kinksters. It may just be sexually or from time to time for fun or as a way to spice things up. The second is those that Domination and submission is is a deep part of who they are and something they need in their life. It transcends just play and kink and is some they need to feel complete and whole. It’s a way of life. I, without a doubt, fall into the second group. It’s a part of me and what I need to have as a part of a relationship. It’s part of who I am. There is nothing wrong with being a kinkster, so don’t get me wrong. Either is fine as long as it works for the person engaged in it. You have to find what fits and is right for you. But just for play or a role…not for me.

Whenever I see problems within this lifestyle, one way or another it seems to come back to the difference in these two categories, or at least many times it does. And when people are new to this, especially Dominants, or those claiming to be Dominants, this is the part they just don’t get…not yet anyway. This doesn’t mean they can’t learn and that most don’t want to learn, but they aren’t there yet. These Dominants jump right in when they see this and think it looks fun. They think it would be great to have a woman be at his pleasure.

This is the difference between the categories…one seeing it as fun and play, at least initially, while the other
sees it as a way of being and needing the depth of it. This tends to lead to a lot of potential issues that neither is aware of, prepared to face, or even knows exists. This is where I see the problems arise and where things can go so very wrong.
Most Dominants don’t start out know just how deep and what a responsibility being Dominant really can be. He doesn’t realize just how much the submissive will rely on him and need him. A majority of what she needs from him will come outside of their scenes or play. It’s before during and after the scene that she needs the care, support, and reassurance from her Dominant. The Dom has to realize that he is responsible for, and that the sub is looking for, her mental and emotional well being. He has to realize and understand that the actual play only lasts a short time, but the support and care she needs lasts throughout the entire relationship, day in and day out. The Dominant should never jeopardize the subs physical, emotional, or mental health and well being just because he wants to have fun, and have her get him off. If you aren’t prepared and expecting to deal with ALL parts of the submissive, you shouldn’t be wanting to deal with just the physical apsects. The exception to this is if both people are completely open, up front, and share their position and expectations and are in total agreement.

I am just looking at this from my own point of view, and where I am coming from as a Dominant that sees this as part of who he is. Again, there is absolutely nothing wrong with just enjoying the play aspects of BDSM, and there are many people that do. Yet, I believe it’s vitally important for those involved to be open about how they see this and what they expect from it. Is it just fund and play, or is it a dynamic within a relationship that you are seeking? If it’s the relationship, then you have to be wiling to learn, and study and give more than you may have ever given…and in this I am speaking to the Dominant. Be ready, willing, and able to care for your submissive, inside and out. If you aren’t willing to put that much time and effort into the relationship then you need to be wiling to take a step back and look at the bigger picture…the submissive’s overall mental, emotional and physical health and well being. She is putting all that in your hands, so you better be willing and able to handle all that involves.

This is a text widget, which allows you to add text or HTML to your sidebar. You can use them to display text, links, images, HTML, or a combination of these. Edit them in the Widget section of the Customizer.